I unearthed the high grade printmaking paper that I had left over from a printmaking class I took in the early 90's. I decided to play with some of the acrylic paints in bottles that I had bought and experiment some more with my inks blending and brushing colors and dropping ink drops onto the paint. Since the application was thick and saturated I would blot the paper with another paper doubling my decorated surfaces. I cut these up into ATC-sized pieces 2.5 X 3.5 inches to use later.
Later on I stamped designs on some and added my images and text. I had just decoupaged some boxes with vintage Bingo cards (that I received in a giveaway from Amy at Mittens) and had a few snippets of text left from them which I used.
I had picked up some beeswax to use in some encaustic work but haven't yet gotten the damar resin that's needed to harden it properly. I haven't been schooled in the process yet so I was winging it by just using melted beeswax on it's own. I had some printed images on muslin that I thought would become more translucent with the application of wax but it just seemed to coat it rather than enhance except for some really gauzy worn fabric.
After scraping and distressing the wax I was left with some nondescript textural pieces. I had some mini scrapbooking rivets to play with too. Here's what I came up with~
Which one speaks to you? 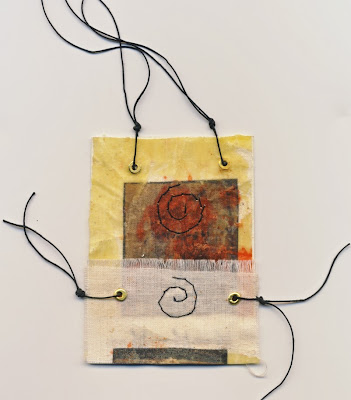 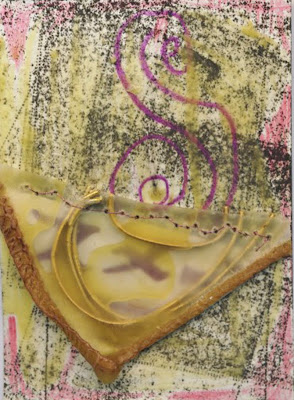 "Capture a Spiral and Turn it to Gold"
waxed teabag, gold coil, stamped and waxed background 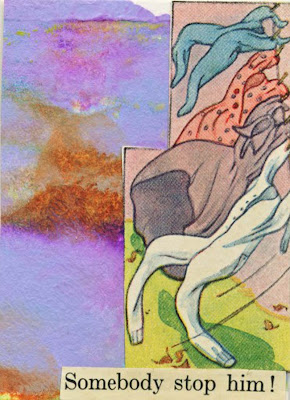 "Somebody Stop Him!"
text and image from vintage children's book 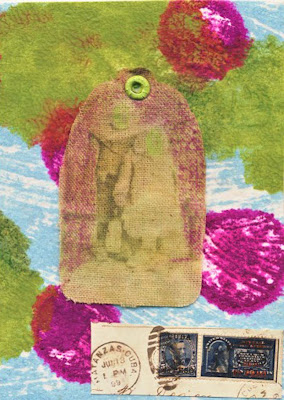 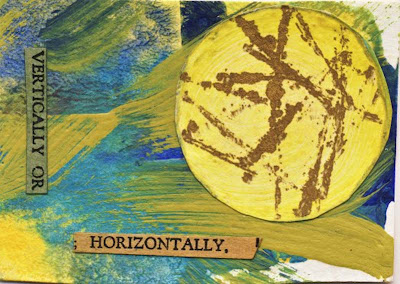 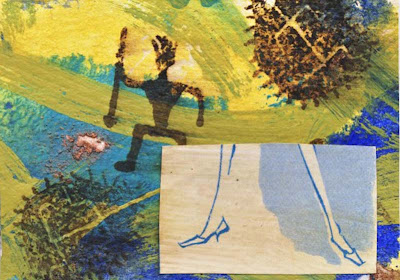 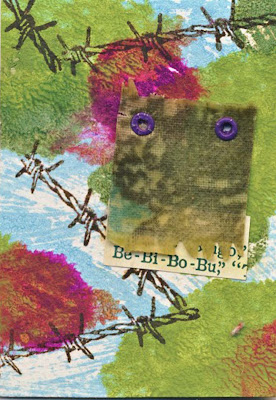 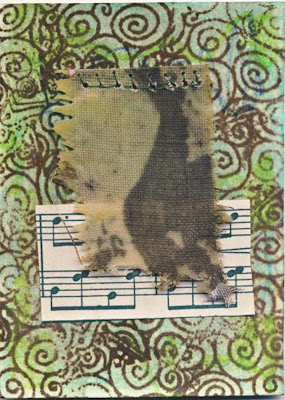 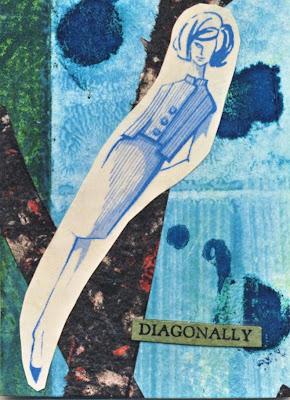 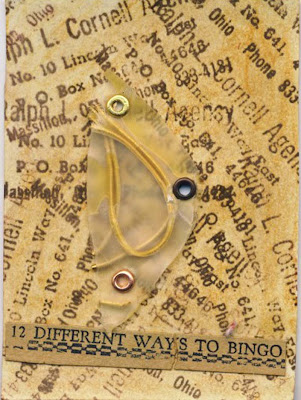 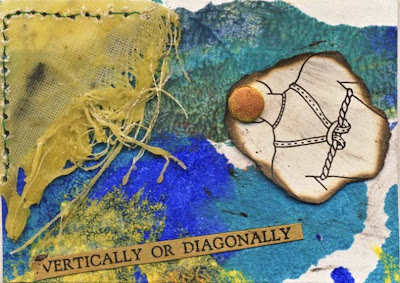 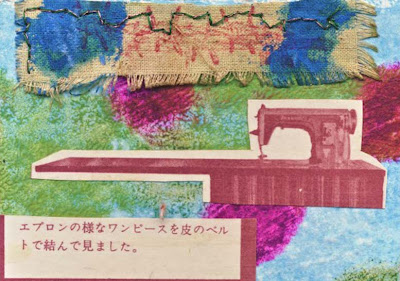 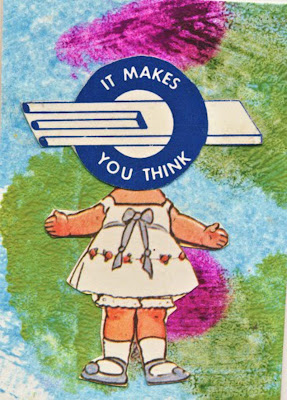 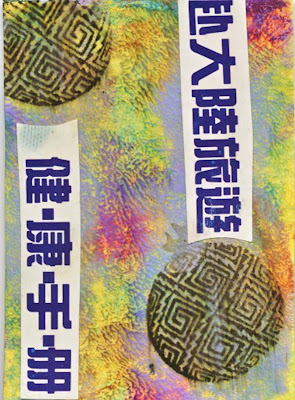 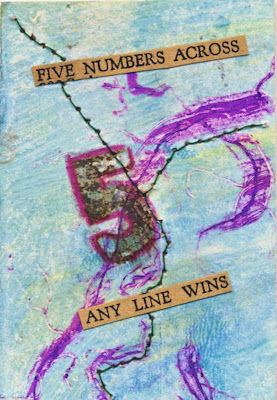 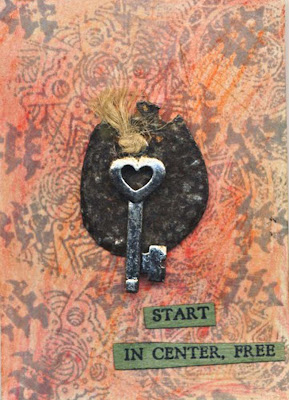 "Free"
bottle cap (from Artymess), charm and stampings
Posted by Numinosity at 9:08 AM