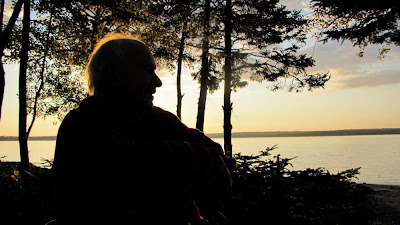 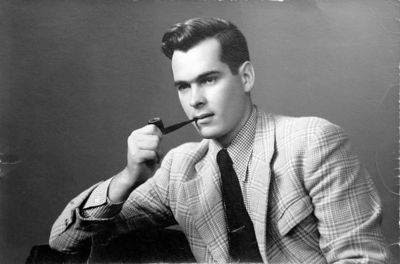 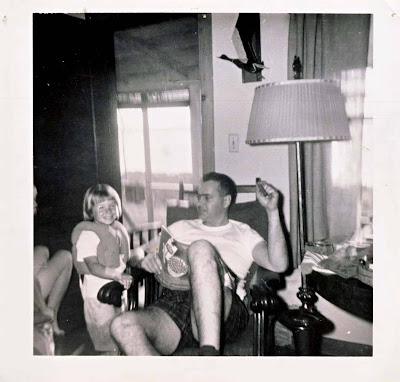 What would you do with 27 orphan headpins? 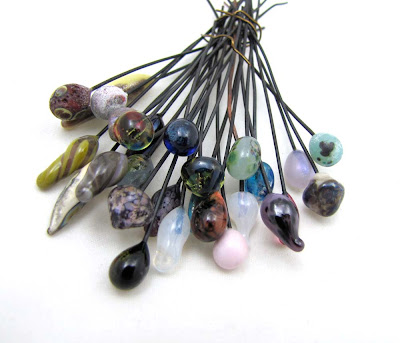 This giveaway is closed now and the winner that was picked by the random number generator  is The lucky Cynthia of Beatnheart!
I think it's her lucky day as she was just featured on the front page of Polymer Clay Daily today too!
Thank you all for your many great ideas, comments and enthusiasm for orphan headpins. 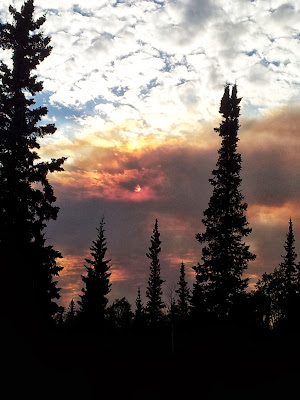 Things are smokin' around here.... quite literally.
It has been one mostly hot and dry summer here in Interior Alaska.
I have probably had more time to sit down and have some solid studio time with large chunks of alone time this summer 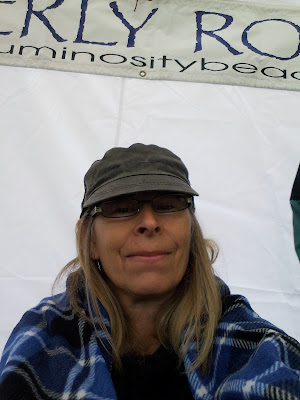 It was kind of cold at the beginning of the season but it went from winter to full on summer in a matter of weeks. ( That's me trying to keep warm at the farmer's market) 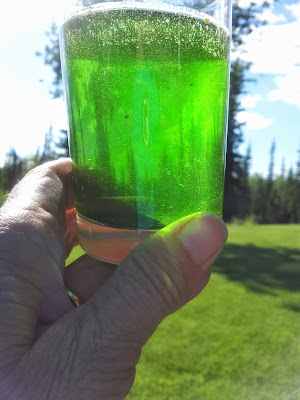 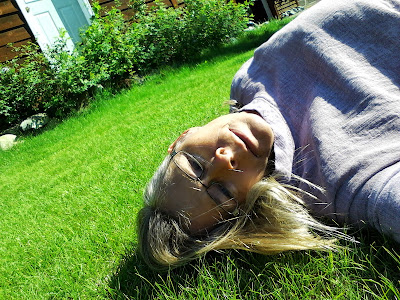 Lolling about on the lawn 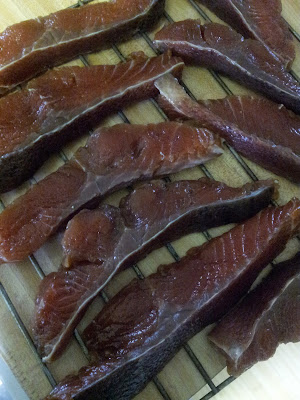 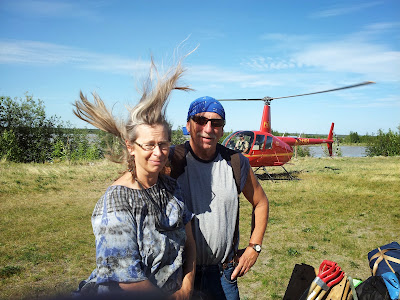 Seeing my honey and my son off on their archaeology expedition 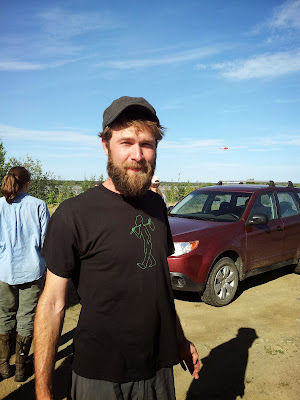 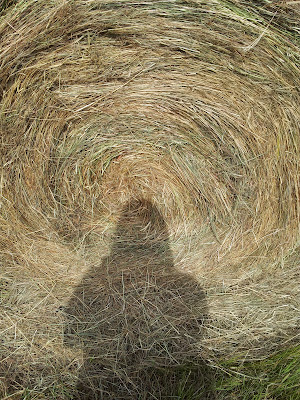 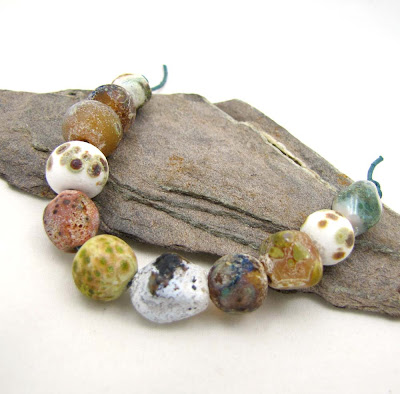 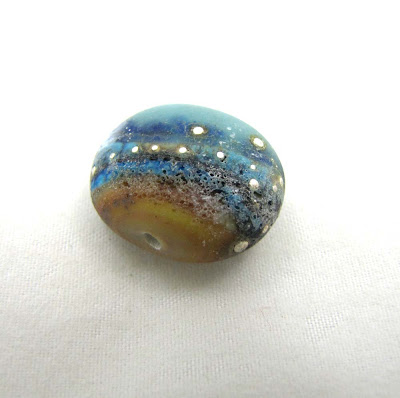 and a focal bead or two 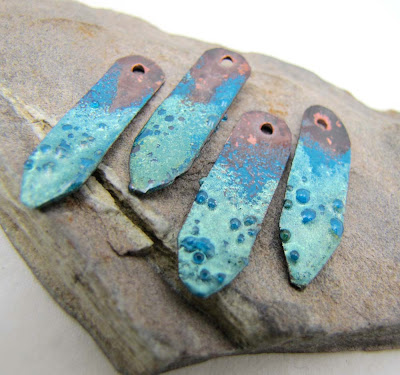 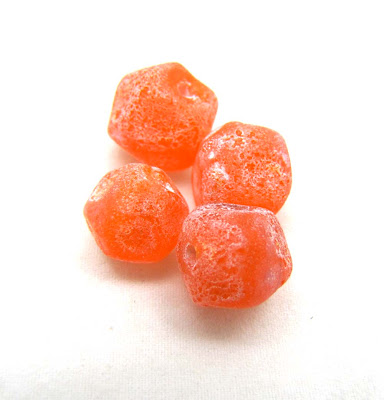 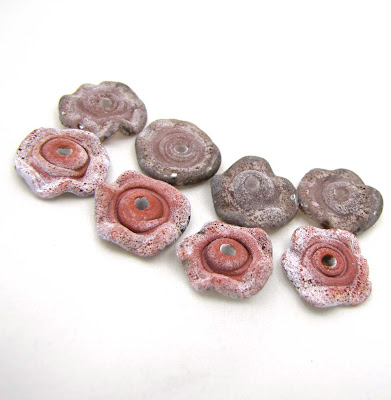 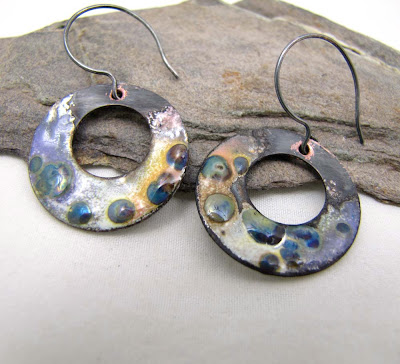 and then some torch fired enameling 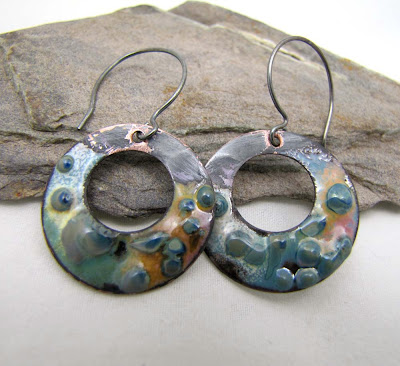 I was very excited with the results of this combination 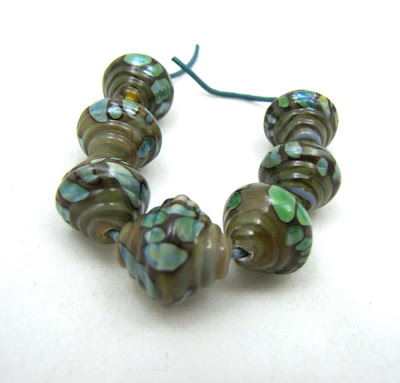 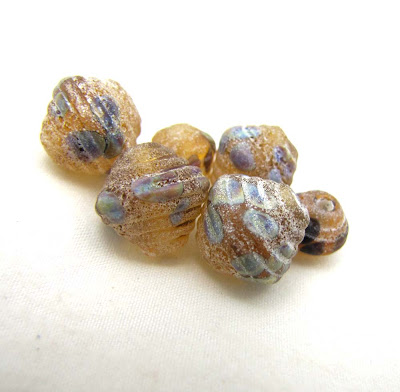 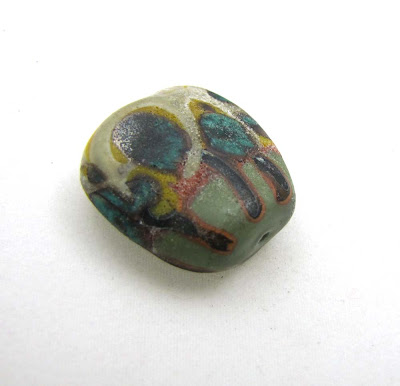 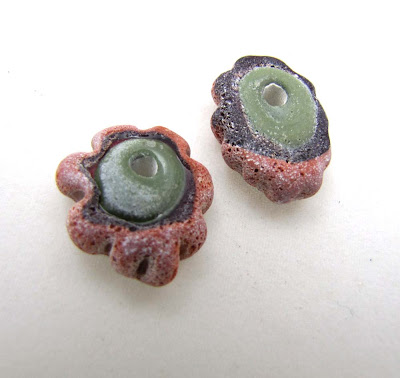 Misbehaving beads that were taught a lesson 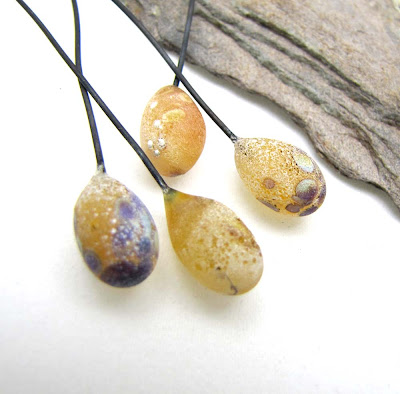 and just a few headpins

Now it's going to be the busiest week ever with my stepson getting married and we're hosting the reception for 100 or so at our place and the very next day I fly off to Maine to visit with my folks and my brother from Bali with his family.
So sorry if I haven't been visiting and commenting on your fine blogs, I've been a bit of a lurker lately.
Ciao for now, Kim