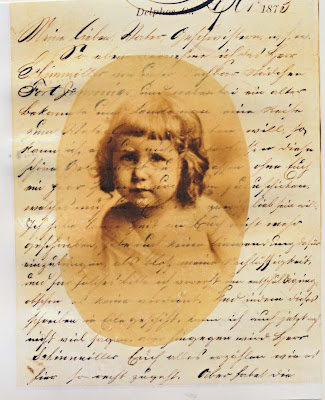 I was fortunate to have entered Caterina Giglio's giveaway at La Dolce Vita because she was giving away an invite to her "Transfer Love" class which is about image transfers not the transfer site which is in fact a worthwhile venture as well if you're a serious junker.
Image transfer quite simply put, is the lifting of images from one medium to affix to another.
As you can see on Caterina's blog she's made magic with the techniques with her artwork.
I had been wanting to take the class but was holding out for when I had a higher speed connection than my current dial-up. But since it was a giveaway I threw my fate to the wind and was announced the winner much to my surprise.
I shouldn't have mentioned throwing my fate to the wind however because the first try at an image transfer technique had me so impatient for the results. It was a vintage photo of a woman against a page of German calligraphic script. It seemed to be successful but I wanted to dry it out quickly on the deck in the sun which I soon forgot about. Later on our legendary Delta wind picked it up and scattered it to wilderness so I never did get to admire the finished product.
I have been able to view Caterina's videos and upload the instructions with a few visits to the local library.
A few of these pictures were taken from my husband's ancestors photo album which I had scanned previously. Why buy cabinet photos when there's a whole album of them in the next room? The rest of the photos are my own from various travels and scans.
One of the benefits of image transfer as opposed to straight up collage-ing of images is the transparency of the images allowing your background to peek through.
My main goal was to familiarize myself with the process and technique and produce a stack of usable pieces for other creations. I may only use parts of some of these pages to put with other images or designs. 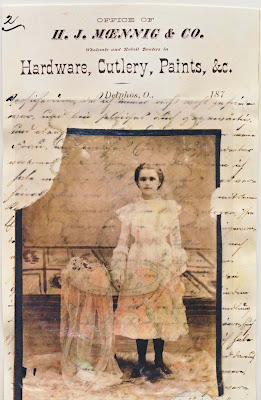 From my husband's family archives 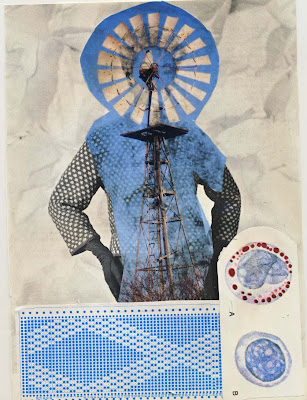 "She Was a Force of Nature" 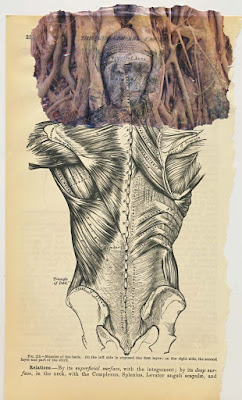 My photo taken at Ayuttaya, Thailand and vintage Grey's Anatomy 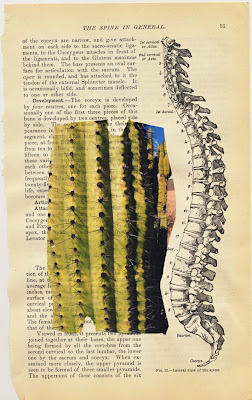 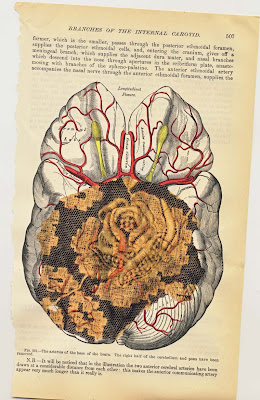 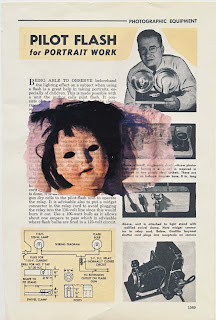 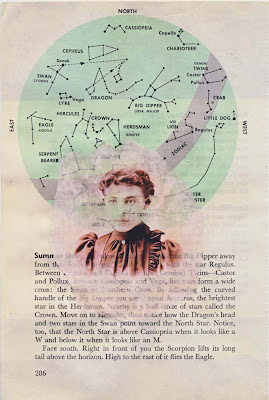 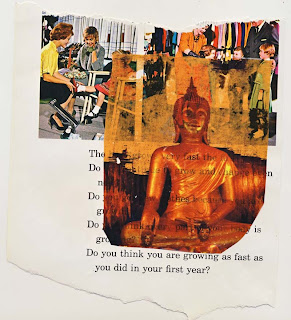 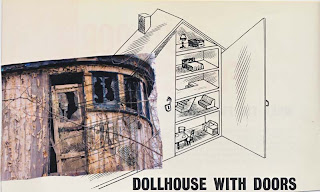 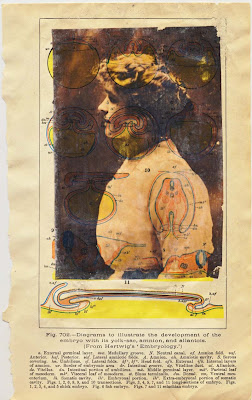 Posted by Numinosity at 7:22 PM