Hitting the Road~ North to Alaska 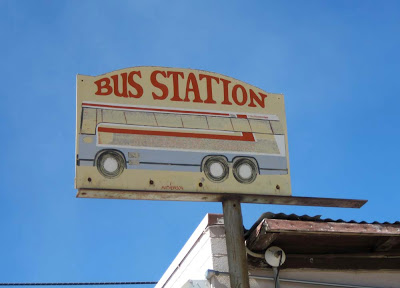 It's that time of year again when we head back to our home in Alaska.
We're doing it a bit differently this year and driving to Washington and catching the ferry to Haines, AK
We have a truck with no AC in Arizona and one with in Alaska so we'll be swapping them out next fall.
It will be strange to reenter the colder climes and watch spring all over again.
It should take us about 10 days with some of our stops in Seattle area.
I'm not sure how much internet access will be available but I hope to keep the posts coming when I can.
It will be an interesting road trip in that I have been on a rather strict dietary regimen for the last couple of weeks. After my chiropractor/naturopath determined that my adrenals were overtaxed and that I'm not
digesting as I should  she put me on a no sugar, no alcohol, no caffeine, no salt, no meat, no dairy, no eggs, no grain diet which may help with inflammation problems I've been having for awhile.
What's left you ask? Protein shakes, super greens,  flax seed, almond milk, whey, ( I guess that's some dairy) and loads of veggies, steamed and juiced and fruits and lots of blueberries and cranberries that we'd brought down here with us.
I really wanted to spare you the blow by blow details which seem to veer toward discussions of bodily functions but suffice it to say the first days were the toughest.
Surprisingly I didn't/haven't missed the sugar, caffeine, meat or alcohol and the most difficult for me was giving up salt. Thankfully, Braggs amino acids have been added back and that seems to satisfy that craving.
It was doubly difficult at a birthday celebration across the border at a Mexican restaurant and I treated myself to some roasted green onions and peppers on a bed of lettuce while everyone else was eating carne asada and cheese.
Oh! that reminds me, I was going to post a picture of our friend Julio's 70th birthday present, an altered puzzle 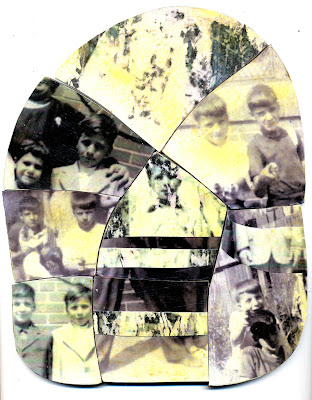 I lifted and printed some of his childhood photos off of facebook and decoupaged them to the puzzle pieces.
They were a little stark with the greys, black and blues so I spritzed them with some sunflower glimmer mist after a layer of matte mod podge to give then a bit of sepia character.
Look closely at the top piece and you can see Julio standing in from of an angel statuary.
This one was a gesso transfer that I learned from Caterina. 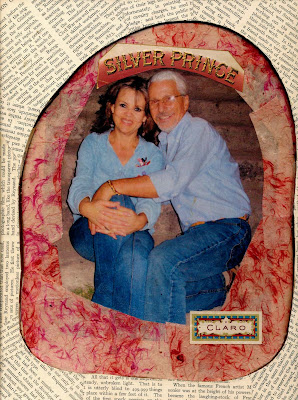 On the the bed of the puzzle I decoupaged this image of him an Lupita, his girlfriend from Mexico.
I happened to find this cigar label that I thought was fitting.
I am pleased to say that this present made him weep upon opening it.
My job is done!
Anyhow I'm also pleased to report that I'm feeling rather good and some niggling symptoms have been disappearing and my husband has been remarking that I look younger and less puffy and seem more calm, not to mention 4 or 5 lbs. that I've shed already in two weeks.
We'll see how it goes from here on out  but I'm feeling pretty motivated to continue as I can add  things slowly back to my diet. The Alaskan salmon sure tasted good the other night!
Posted by Numinosity at 9:34 AM