The letters of courtship of my great-grandfather have come into my possession and I have decided to share them with you. I'm thinking of doing them on a weekly installment. Every Wednesday I'll post some as they are quite lengthy. I'll divide them up into segments. One of the first letters is six pages long! These are not in his original hand which was had quite a flourish but typewritten copies. My mother wasn't ready for me to whisk the originals off to Alaska. She had won the typing service at a church auction and chose to have his letters typed up.
Unfortunately I have no pictures of him and my great grandmother but I'm hoping that my mom will dig some out for me soon so I can post on another installment.
My great grandfather Clarence Hayward White became the head of the English Department of Colby College in Waterville, Maine and married Alice Heald that became a music teacher at the same college.
Click on the pictures to enlarge for ease of reading. 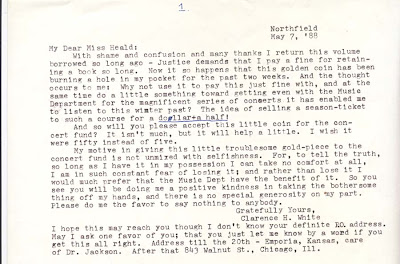 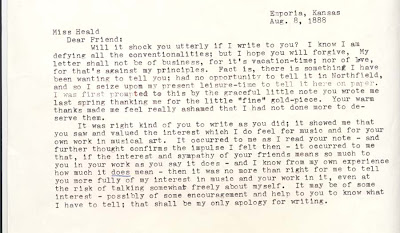 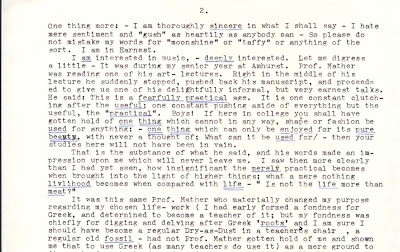 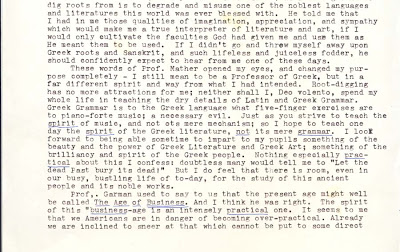 Here's how his great- great grandson impresses his gal these days.
My son and I did some scavenging at the dump in the nearby woods.
Scores of cars and other wondrous piles of rusty objects are scattered through nearly an acre.
He found this car horn or blower, we're not sure which, and artfully fashioned it with some gold spray paint into a hanging flower vase  for his girlfriend. 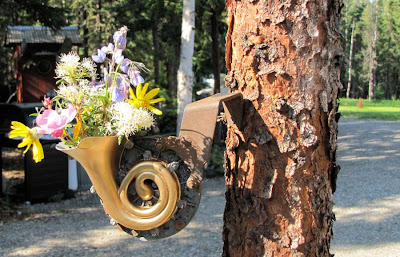 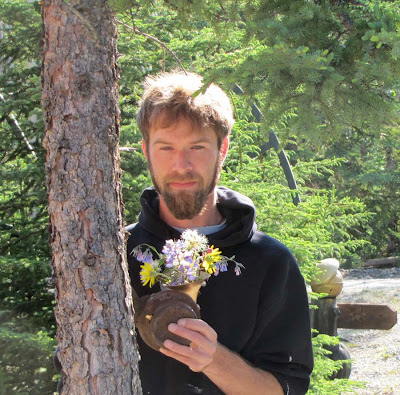 I think he's less than thrilled at having his picture taken here.
Posted by Numinosity at 9:15 AM