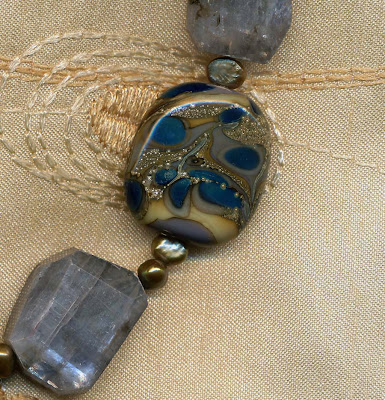 Close up of kyanite necklace with a silvered *Numinosity* bead 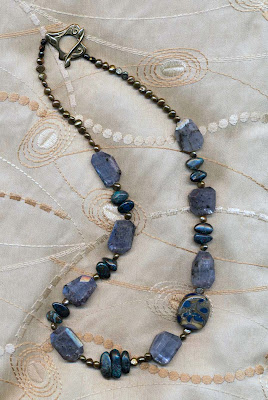 Made with chrysocolla, freshwater pearls, kyanite and my focal bead. 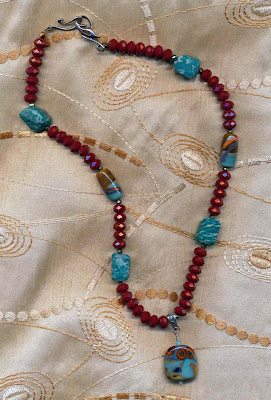 These stones were sold to me as aragonite but I think it was one of those made up names for another stone, possibly amazonite. What do you think? 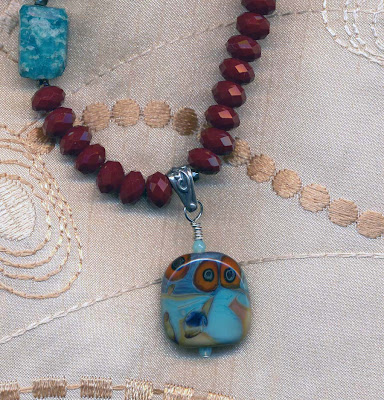 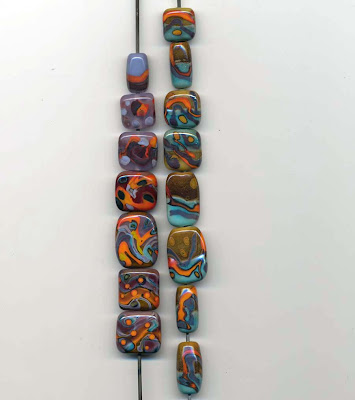 I had an aversion to orange after years of working on the state road crew. I've learned to incorporate it now and there is a much better palette of orange glass than was available when I started beadmaking over ten years ago.
We're setting out for a road trip today on a journey that was mostly hatched just last week.
I found that I really needed some catch up time on my artistic pursuits and grounding after our Europe and Morocco trip in January.
I recently got an email about the Santa Fe Bead Fest and suddenly I had an urge to go. With my husbands prompting a plan was in the works as he realized that he could fit in a ski trip while I attended the workshop. I decided to attend the "Scrap Box Bracelet" class by Kim St. Jean to learn and brush up on cold connection techniques. ( Is it just me or does there seem to be a preponderance of Kims in the bead and craft world?)
On our way I have field trips planned to Hobby Lobby in Phoenix which I hear is HUGE and Rio Grande in Albuquerque to augment my studio supplies.
Posted by Numinosity at 6:04 AM