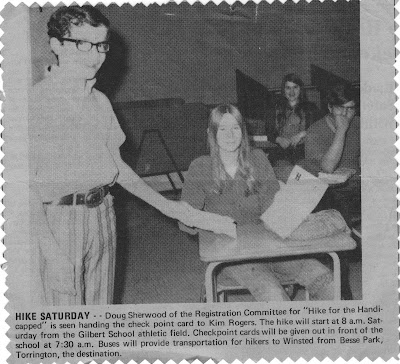 70's hippie chick sans makeup. By the way, the pants you see on me here are these pants
that I decorated heavily with embroidery later on. 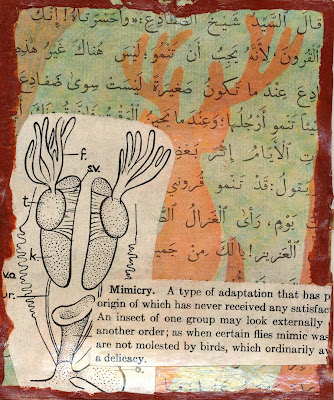 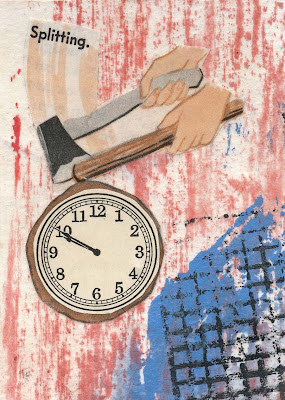 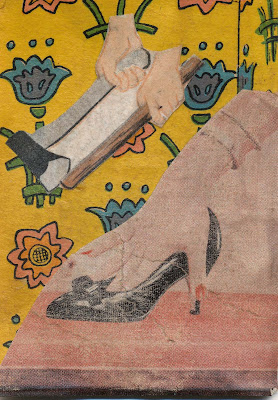 My Shoes Are Killing Me 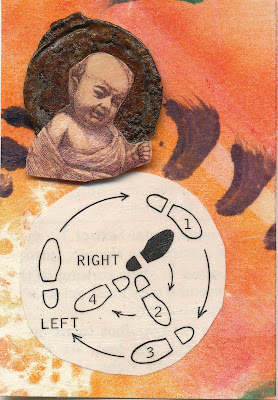 Baby's First Steps
Seems like some keywords get more hits judging from all of the fashion and beauty blogs out there. Being the 70's hippie chick that I was though, I never quite got into all that makeup and stuff. I suppose I thought I would save it until I got old and really needed it. Can't say if I qualify yet, I'm hoping not. I've saved it for occasions such as wedding # 1 and #2 and a handful of occasions in between. I had someone close to me say that I looked like Joan Rivers with my makeup on which scared me away from donning it again until approximately 18 years later for my second wedding. I think of all the extra sleep I got from never getting into the beauty regimen and the money that I saved that could be used for art supplies.
Anyway I'm here to show off my collage-ing that I've done in the last few days. Just a few little artist cards and such. I have a folder full of half composed ideas for collages just waiting for those final elements. I'll sit mindlessly in front of my newest Netflix marathon viewing ("Big Love" at the moment) cutting out elements for future projects and sometimes they will assemble themselves by proximity. Other times I'm at a loss for that final element that will add profound meaning to my absurdities. Maybe they're all halfway finishes. At least I know they won't be mistaken for other's work in there offbeatedness.
P.S. Can someone tell me how to center captions on blogspot? They keep shifting to the side when I publish. thanks, Kim
Posted by Numinosity at 1:44 PM