Polymer Virgin and the Heat Wave 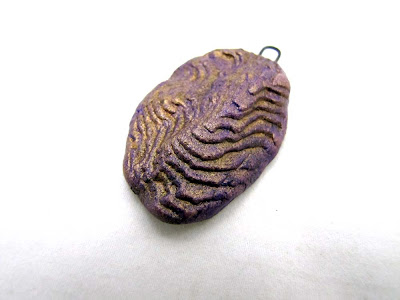 I don't know if any of you remember my post last fall when I had been gifted a large chunk of high fire clay to play with.
How excited I was to make a bunch of these pendant pieces using a topographical model that I had bought at a garage sale. Then I found out that the steel wire I used was not going to withstand the high firing so I ended up with quite a few useless pieces like this one. Just for fun I put an acrylic wash and mica watercolor paint and a coating of hard coat Mod Podge. I'm pretty pleased with the effect but alas it won't probably hold up as a component as water can simply dissolve the unfired clay and who knows if the mod podge could protect it enough. It does give me an idea for some polymer pieces.
Up until now I have been a polymer virgin until I started seeing pieces like this paisley piece by Heather Powers of Humblebeads 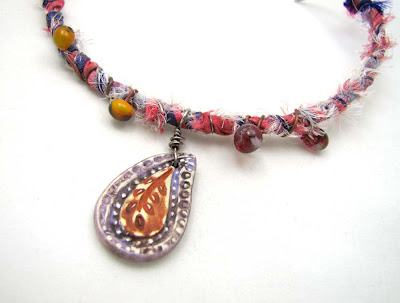 There is a little bit  more about the use of sari silk over on LoveMyArt Jewelry Blog that I just wrote. 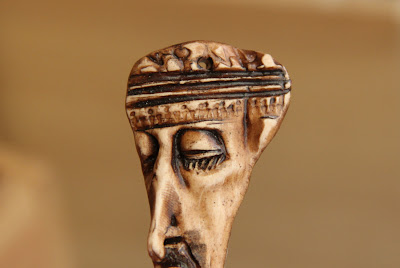 I just had to get this piece by Jana of HappyFishShop 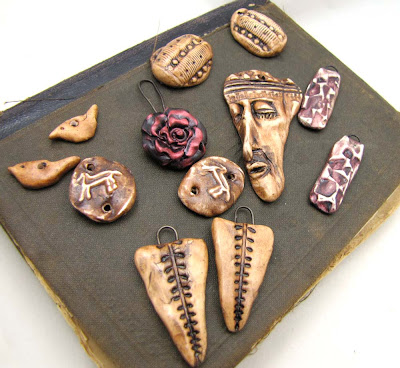 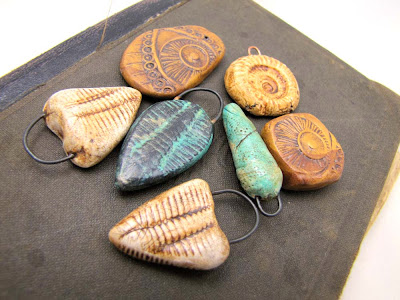 And how could I leave out Staci's components at SLArtisanAccents
Leave it to me to turn from a polymer virgin to polymer slut overnight! 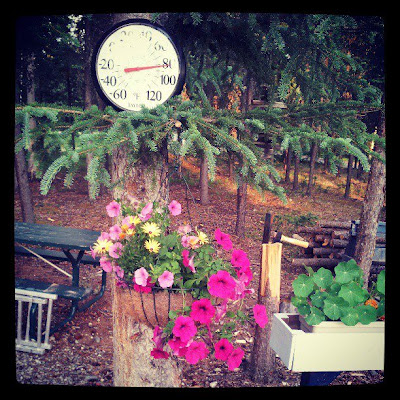 Speaking of overnight....
This was taken at 10:30 PM
It was marvelous!
An Alaskan heat wave! It's been up to high 80's and low 90's for days on end and since the sun barely sets it's been pretty warm at night too.
All of our stores are out of air conditioners, fans, ice cube trays and bug dope.
Kind of funny that the clay piece that I made at the top was during a deep freeze here.
It's a land of extremes. 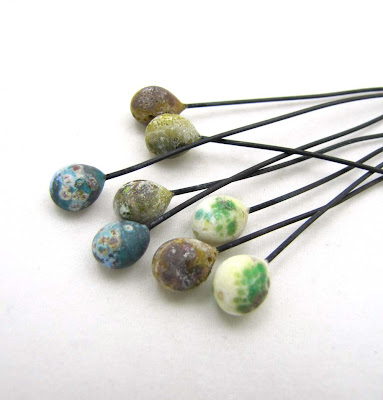 Meanwhile back in my sweatshop where I make handfuls of headpins while my safety glasses slip off of my sweaty nose and I can't have a fan going because it messes with my torch flame too much I have been trying to keep up with the demand for headpins. 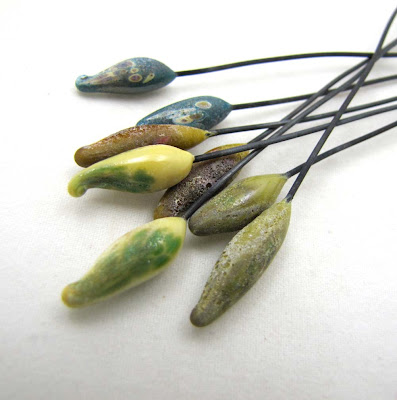 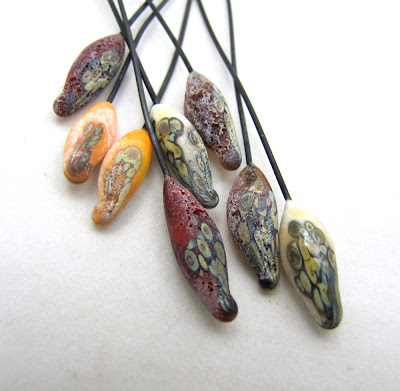 I have a new assortment just waiting to model for me in the little light tent. I would provide you with a gratuitous fistful pic but I've already got them all sorted out and waiting in a queue for their shots. 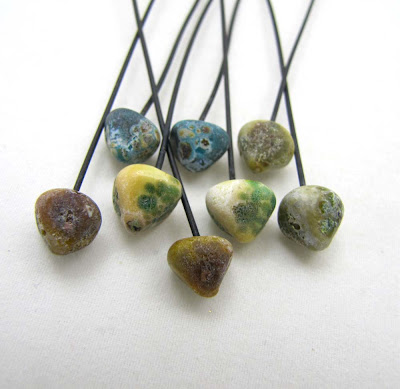 Keep in mind folks that these tend to go pretty fast in most cases but I'm happy to take orders. 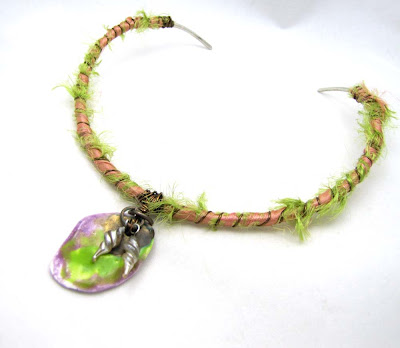 Another one of my sari silk chokers, this time using one of Petra's fab pieces.
Many thanks to AnvilArtifacts Janet for the twisties. I think they are perfect for this piece.

Oh and I forgot to mention king salmon steaks on the grill, we had some success! 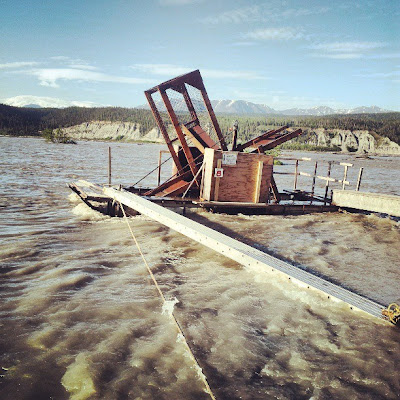 This is how some folks catch salmon in Alaska. It's called a fish wheel. It does all the work catching them while you sit around a campfire and wait for a thumping sound which means one has been scooped up. 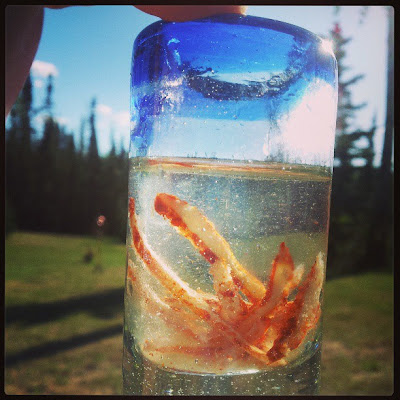 A little drink I invented with miniature king crab legs...no, bacon.
Actually its slivers of Trader Joe's Spiced Chile Mangoes in chilled Finlandia vodka with a splash of agave. My creativity has no end don'tcha know!