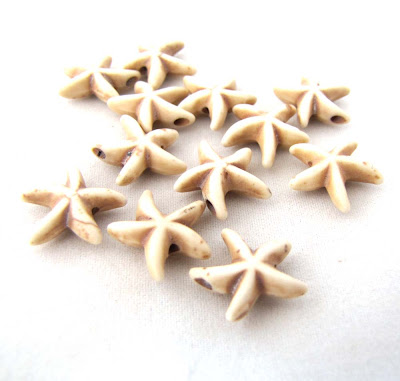 I have so much to catch up on here at the blog since I went on my trip and then returned in time for the Tucson Gem & Mineral Show.
I guess I'll need to travel backwards and share my most recent excitements with you first.
I can tell you that I was the most restrained in my buying ever my first day.
Let me tell you, only spending $55 for a day at a gem show tent is quite a feat.
On the second day at a different show which is my favorite (or was) The Gem Mall, I was there fro three hours before buying anything. ...and then the floodgates began to open to a trickle and I was working my way up to a good steam of acquiring some goodies.
My favorite silver findings shop seemed to have moved from it's location and well as one of my other suppliers. I would have to do some research to find them. 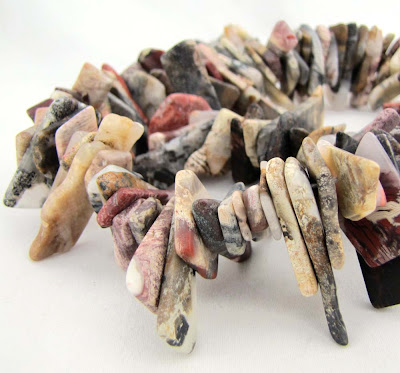 I felt as if I were shopping for you all. Certain beads would shout out names to me.
I would be thinking "Oh, Janet would like those and Cynthia wouldn't mind having some of those" 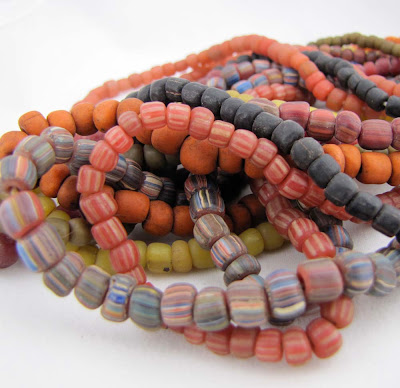 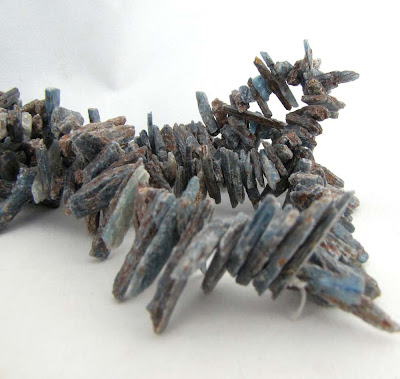 I was wearing a pair of the other Kim from FlotsamTide's "Seal Maiden " earrings that had some of this funky kyanite that I had been lusting after. It must have been good bead karma because I found these strands right off at a booth that wasn't offering many bead items.
I got a half a dozen compliments on those earrings I'll have you know. 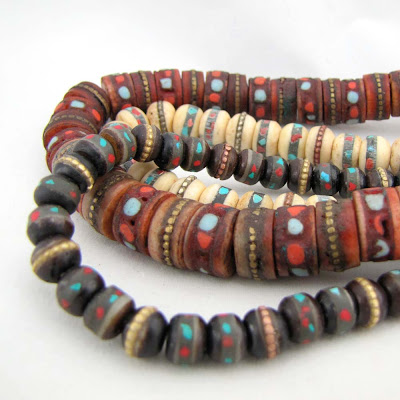 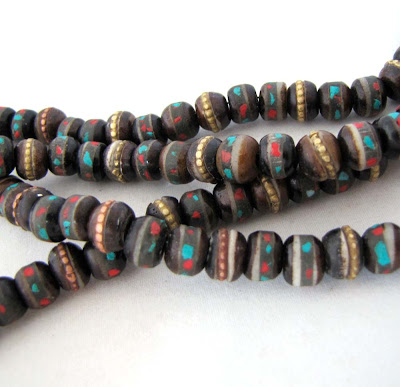 I may as well tell you that I had gotten my "BUY"on by the fourth day.
I have been told by "One who Knows" that all in all I must have still been fairly restrained when I told her the grand total. ( There is another weekend of gem show coming up though tee hee) 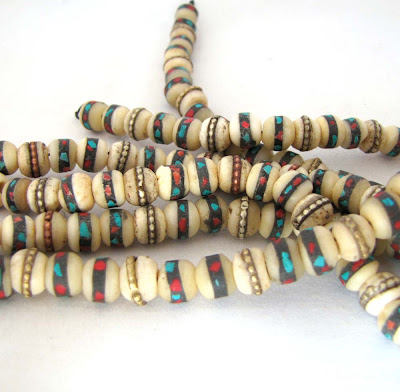 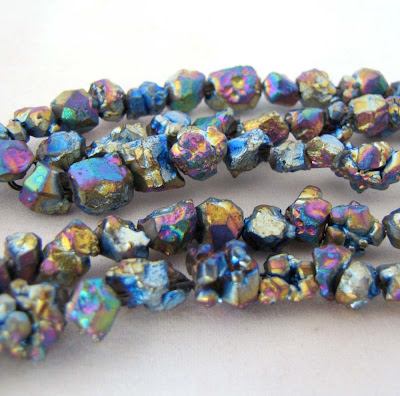 I thought of fanci when I saw these...well of course, now I see that she's been using some in her work already. I got two sizes. I'm realizing that I need to buy smaller beads for myself now because combined with lampwork a lot of combinations can get pretty heavy. 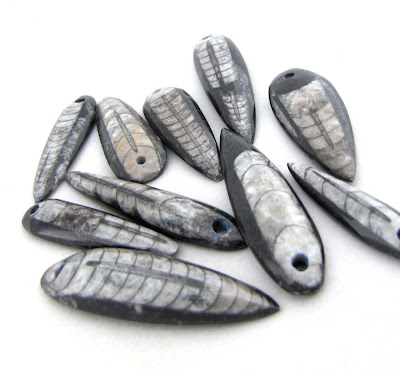 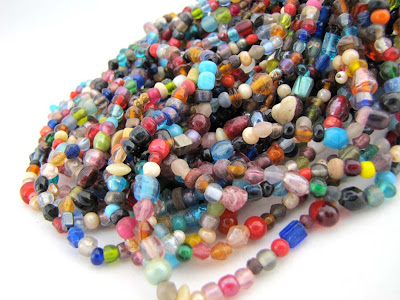 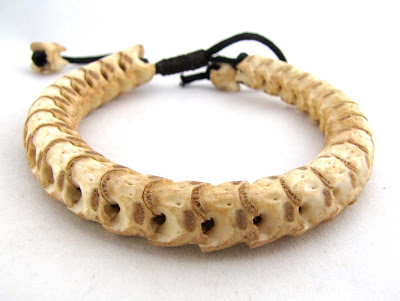 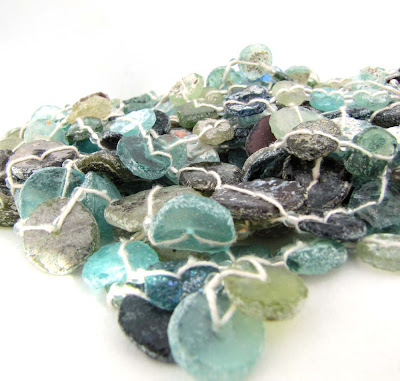 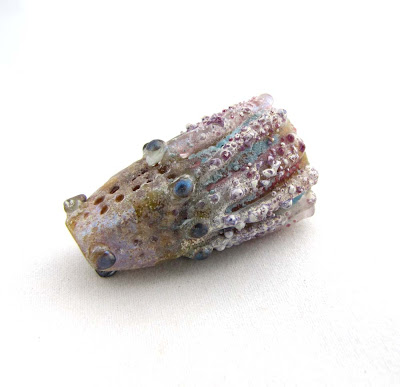 Did you ever wonder if I buy other's lampwork?
Well sometimes I do.
I have admired Karen Ovington's style since I was first introduced to lampwork.
I had never picked up one of her beads for my collection.
Isn't it splendid! 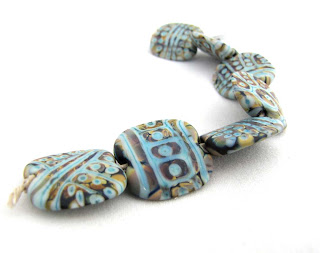 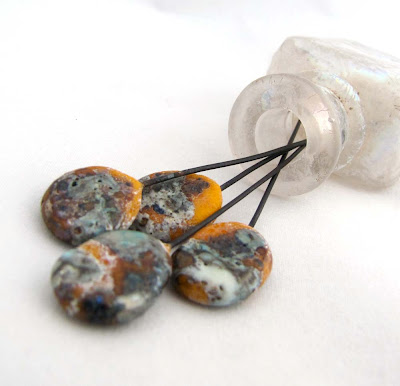 I've also added some crubbly headpins over at my NuminosityBeads shop 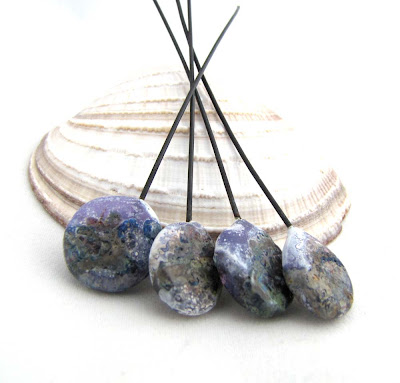 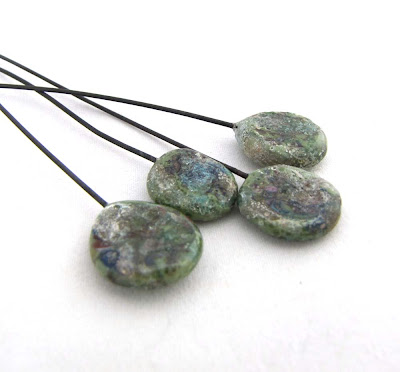 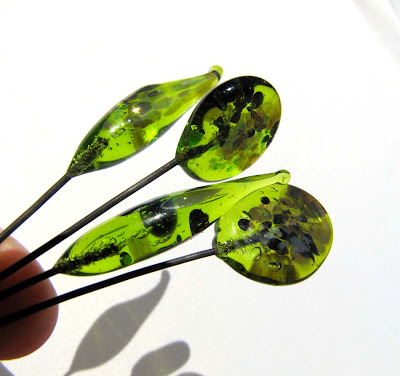 and well, not so crubbly too.

I almost forgot to tell you my biggest excitement though.
I've been accepted for a techniques article in Belle Armoire as well as a few featured pieces in the gallery!!!!!
I just need to get cracking and write up the article now. We have just three weeks before our trip to South America.

Posted by Numinosity at 2:52 PM