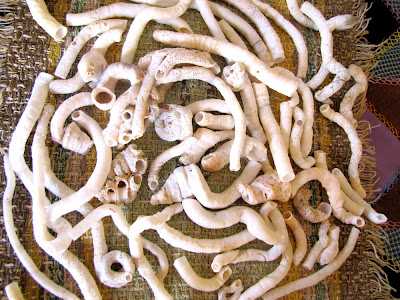 A family getaway and a road trip to the Sea of Cortez yielded some exciting goodies.
It took me quite a bit of google magic to find out what these things are.
Marine worm tube exoskeletons! Nicely bleached and so inviting with the requisite hole from end to end for beading and designing.

Maybe great for the year of the snake don't you think?
If you order from me in the next few weeks I'll include a couple in your order if you wish. 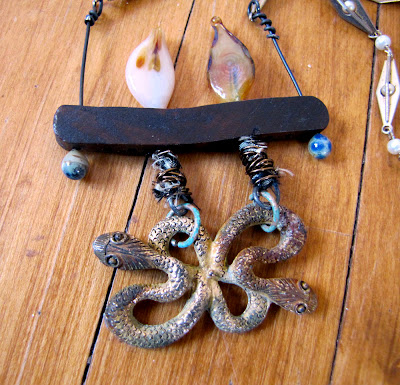 An experimental piece for the year of the snake 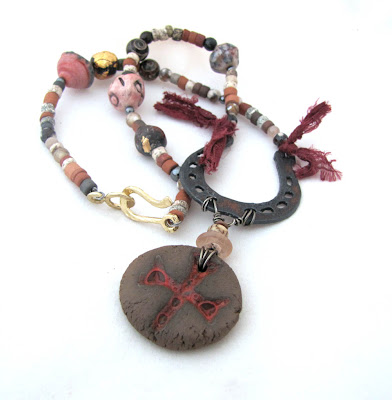 I just got some vladthebatsattic goodness in a trade which I think  nicely paired up with a rustic horseshoe component from the desert museum on our other trip to New Mexico. 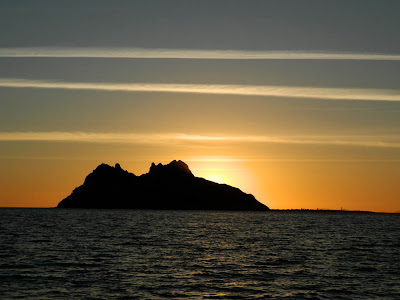 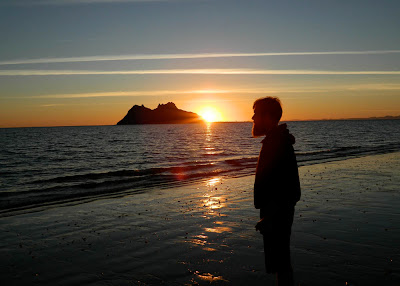 So nice to be able to spend some good times with my son. 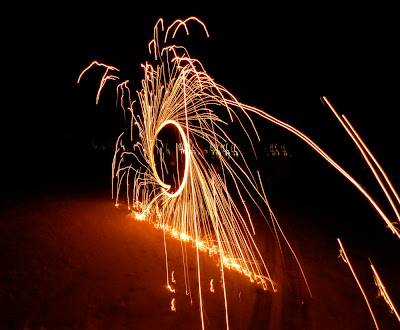 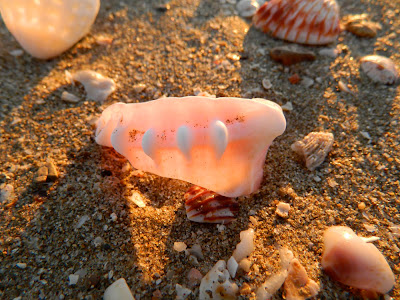 Some great sunset lighting to illuminate the plethora of shells on the beach. 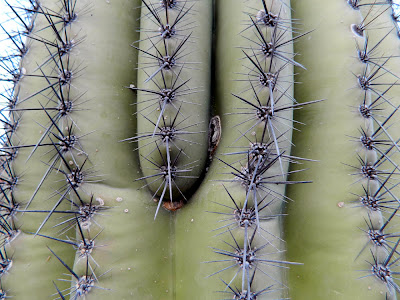 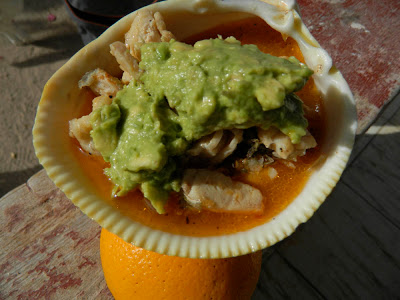 The guys were coerced into buying some fresh fish on the beach even though our kitchen was limited.
We happened to have some nice big shells handy! 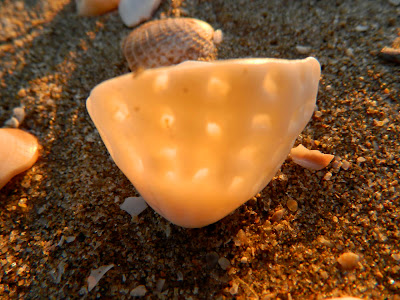 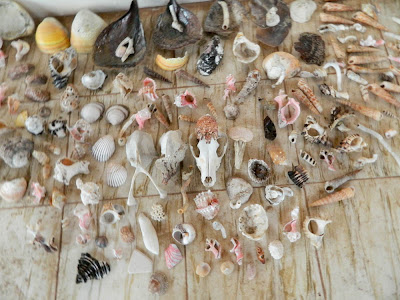 They went mad for collecting shells...what an amazing beach for shelling.
I kept my collection to a minimum since it tends to get out of hand. 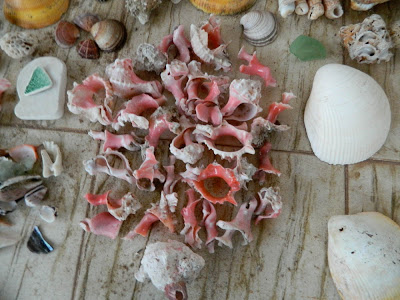 They artfully arranged their haul on the patio 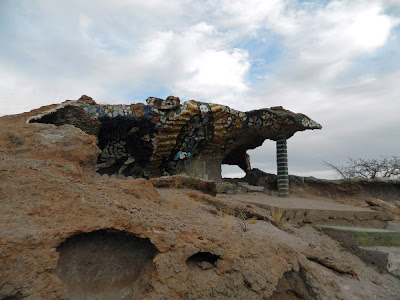 We went for a drive and spotted this interesting altar 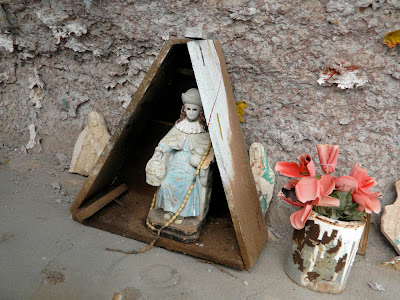 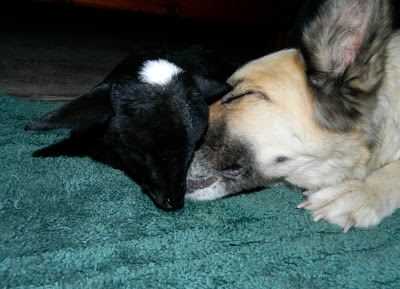 On our way there we stopped at Rancho Penasco  at Magdalena de Kino
that I mentioned in this blog post.
Those of you that have followed my blog for awhile may or may not have noticed that I'm not a huge animal or pet person but every once in awhile there's an animal that tugs at my heart strings.
I noticed this little baby goat at the ranch amongst all of the others that was standing alone in the most peculiar pose and not moving for long periods of time. It looked so frail and odd in its stance.
I remarked to the owner and he said she had been rejected by the mother and was obviously not getting enough nourishment. I ended up carrying that little goat around for the rest of the day. ( I didn't realize till the next morning when I was told it was actually a kind of hairless sheep.) 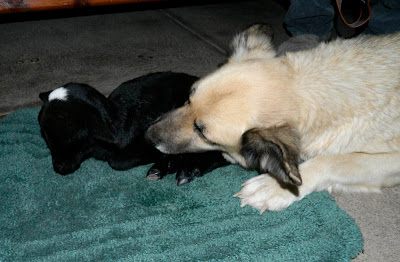 We ended up bottle feeding it which is quite an undertaking for a busy rancher round the clock.
We brought it in for the night and put it next to the heater in the hostel. It probably wouldn't have survived the cold night with the others.
This dog adopted her as well and licked her all over especially when it had some fresh milk on its muzzle. 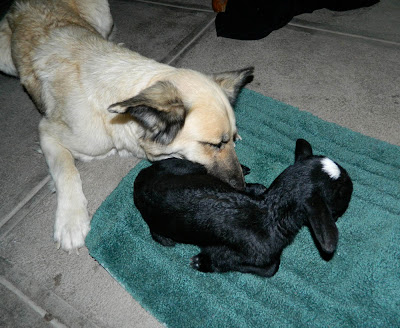 The next morning when the sun had warmed the pen we released her back to the throng. She perked right up and sprinted off excitedly to be with the others. We had to leave shortly after and I don't know if she ended up surviving but we were certainly hopeful.

I am now alone for the first time in over a month of road trips and visitors...feel kind of funny!