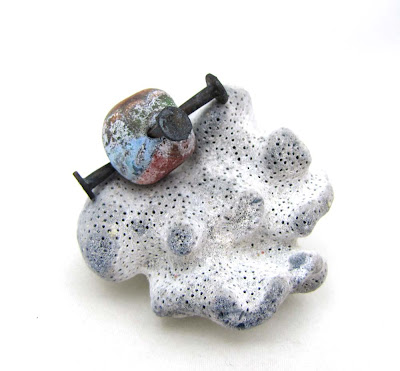 Taking a side trip to explore some new components. 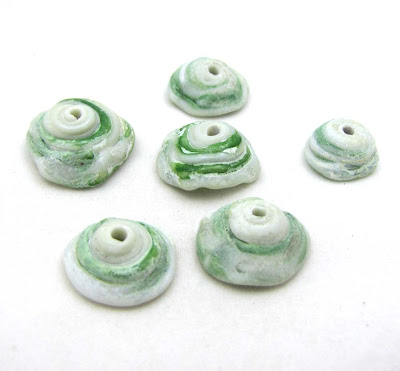 These are crusty lampwork glass bead caps or they could be considered beads in themselves.
They certainly are NOT going to be uniform in any way other than color and being domed.
Cuz you know that's the way I roll...randomnosity
Criffles' little cousins.
I need to come up with a name for these caps.
randomnosities? 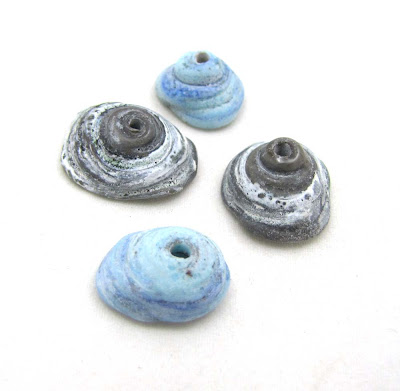 I'm already feeling like high grading them for myself which only means I need to make more. 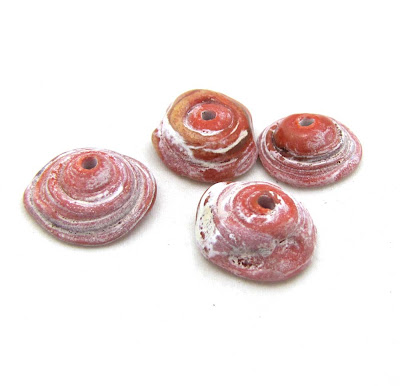 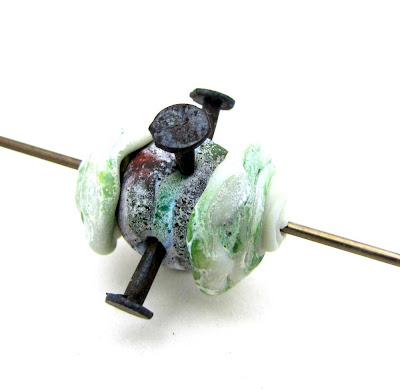 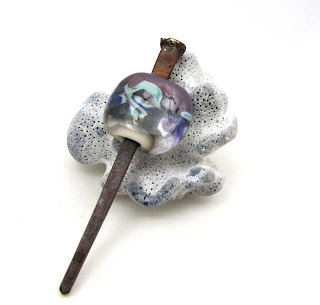 I'm taking a bit of a break from the matchsticks as I have been experiencing some vision problems.
Probably has nothing to do with the torch but I thought I'd take a break just the same.
I have an eye doctor appointment on Thursday. 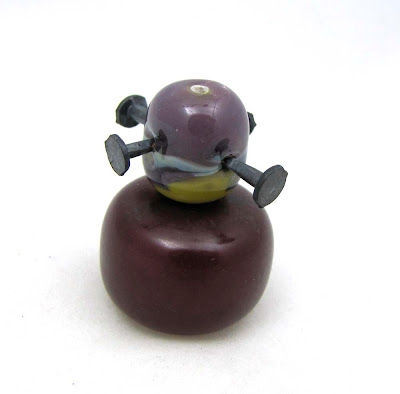 I'll be listing some of these babies soon. 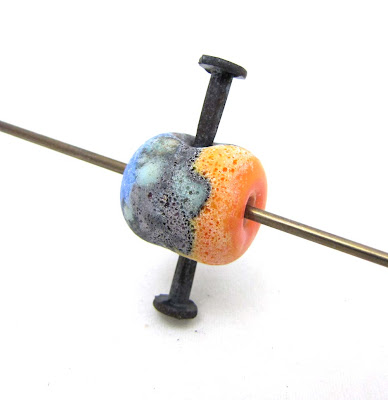 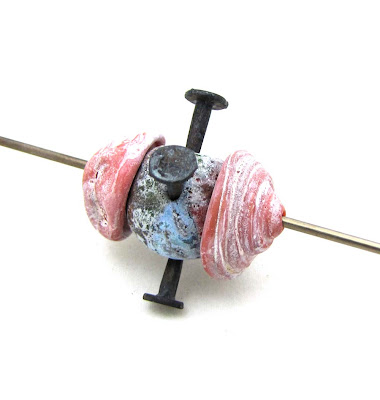 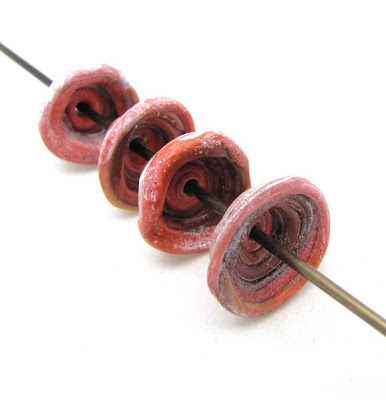 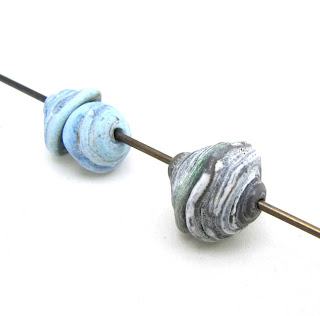 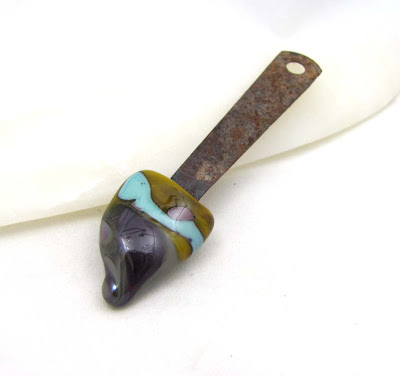 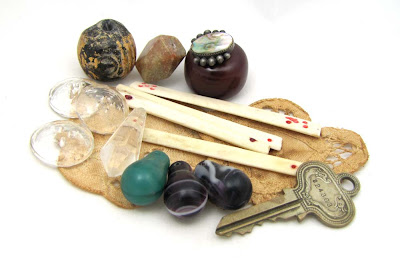 So I was doing a little destash and helping out a fellow designer that said she might be running a little low on supplies. We just can't have that. And knowing that she's on a neutrals color spree currently that made it a little easier to pare down the choices.
What I didn't expect is that it would turn into a trade and I got this pile of goodies back! 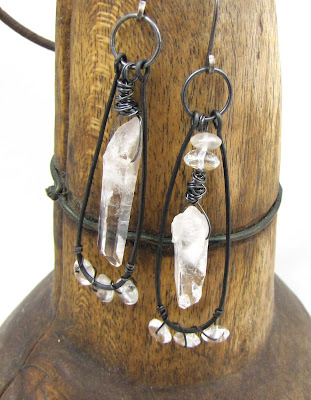 And she sent me these!
by Darlicioushouse on Etsy.
She went straight to work with the supplies.
You can already see how she made a moose's tooth into a pin!
or you can check out her blog Darlicious Rejuvenations here

Posted by Numinosity at 1:45 PM