I love to do swaps from time to time and have been admiring the work of Kim Henkel. There do seem to be a plethora of bloggers and artists named Kim, I have noticed!
You may be surprised to lean that she is one of my nearest neighbor blogging buddies aside from  Fairbanks Artist in The Arctic's Amy Komar. Near is a relative word here in the North country, Kim is a mere 545 miles or 877 km from me and lives practically on the same road as me although in a different country. The road is called The Alcan (Alaska-Canada) Highway. In fact I have to drive through her town of Haines Junction to get "Outside" (the other states)

I proposed a journal swap 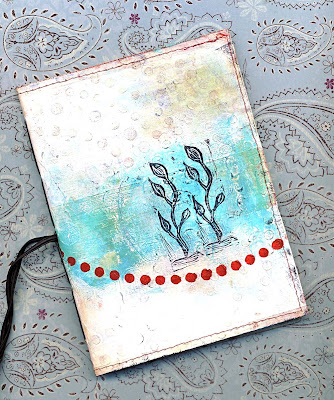 This is what I received from Kim in the mail last week although it would have been faster by car than the post since it apparently had to go through a circuitous postal route through a couple of other major cities in our respective countries to reach me. 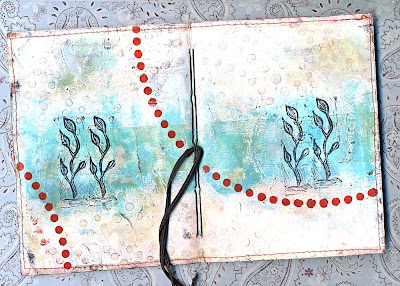 The interior was the backside of repurposed posters sewn together. 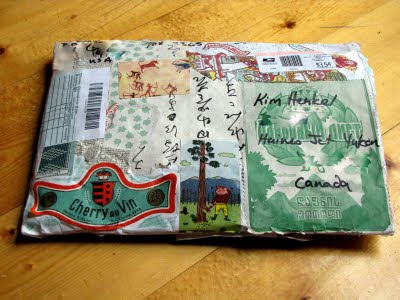 I like to do a little mail art from time to time. 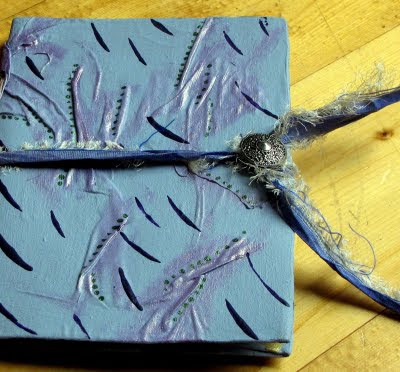 This is the journal I sent her made from a cereal box and muslin.
( I borrowed the pic from her post since I must not have scanned this one) 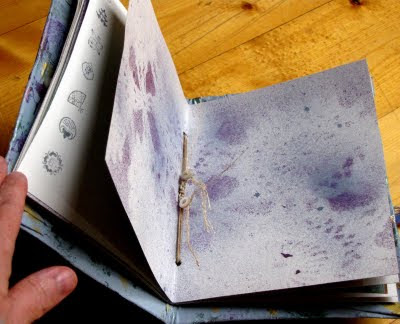 A bit of glimmer mist through vintage lace.
The other pages have various stampings and vintage images glued in. 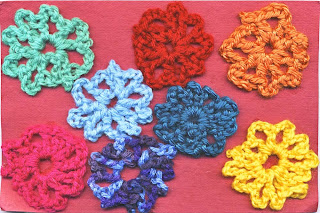 Then I got involved in the Great Big Stitched Postcard Swap and got this lovely postcard from Lauren at Lozalicious in Adelaide, Australia. ( definitely not on the same highway!)
My postcard went of to someone else in England. I forgot to record that as well and was also lame enough to forget the theme of the swap which was B L O O M although I think there was one flower on it but an even more prominent watermelon. Have you ever done that? Oh well it happens.
Posted by Numinosity at 10:03 AM