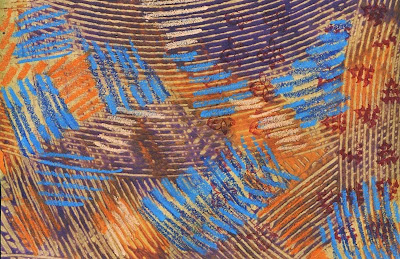 I was playing with some faux glaze that was left over from a kitchen painting project.
I mixed it with some acrylic paint from my studio and used a painters comb to brush through the paint.
I added bits of oil pastel and some stampings 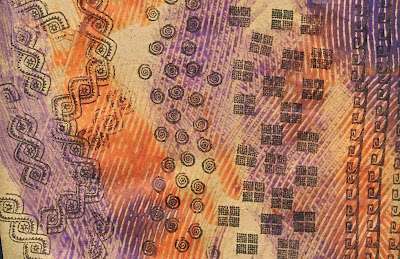 I'll be able to use this paper later for other projects 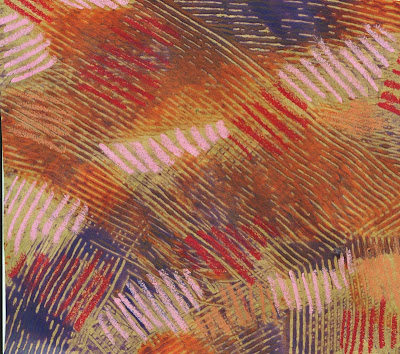 I experimented with some other color combinations on the brown paper 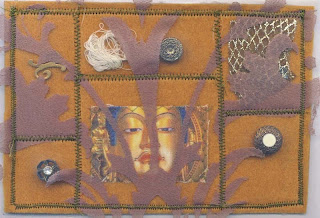 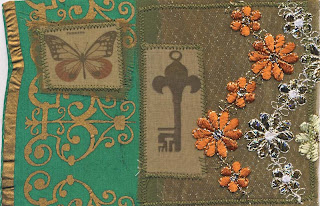 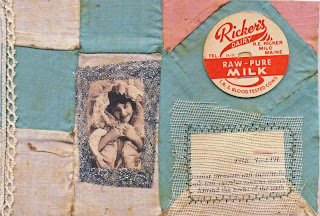 I had been waiting to used this distressed abandoned quilting squares that I picked up at a yard sale.
I used iron-on Pellon to stick it to the cardboard for this postcard. 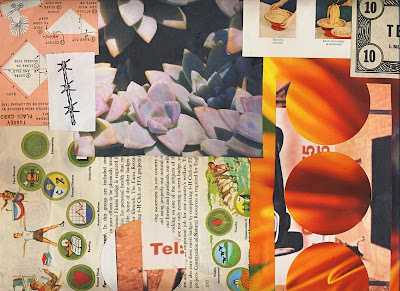 I was  also inspired  by Corrine at Dosfishes to make up some large mail art envelopes for later use.
Side A 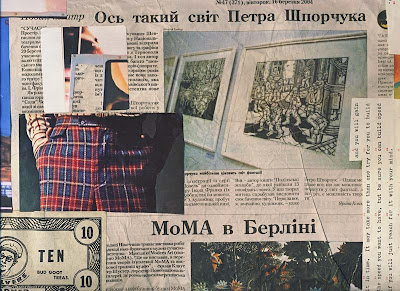 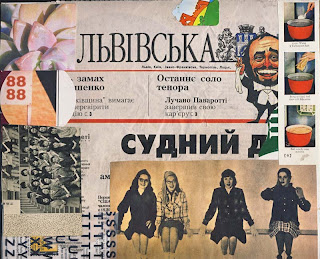 This Russian newspaper arrived crumpled in a box from a gallery that was returning my season's jewelry.
Side A 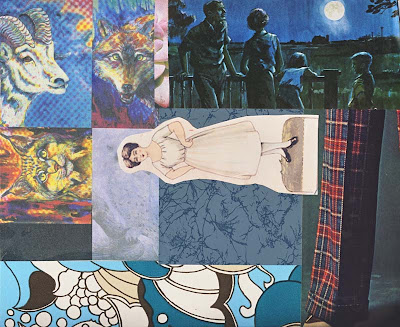 Side B
Posted by Numinosity at 9:54 AM