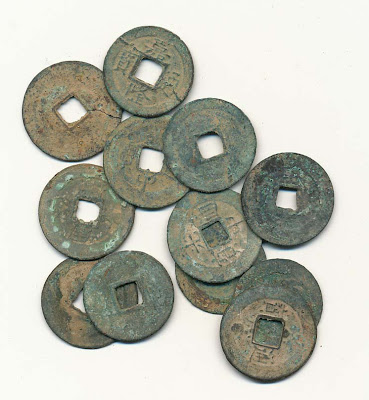 We went on our yearly foray to the Tucson Gem and Mineral show this year, vowing to spend less than previous years which is quite a feat for my husband and myself seeing that we moved to Arizona to be closer to the show. Warmth is another reason after so many winters in Alaska although you wouldn't know that this week with our subfreezing temperatures and frozen pipes galore.
I've got quite a stash of beads and things from previous shows and I actually brought a list with me this time to avoid too many impulse buys but I do allow for some because what would the fun be in that?
I think if there's an unusual enough find I should jump on it.
I found a booth at the Grant Inn (we were informed that the show would be having it's last year there)
They had an amazing strand of ancient Chinese coins dating from between the 1650's to 1800's.
The man said that they were found in a shipwreck by Indonesia.
When I was a little girl I had found some old Chinese coins in my grandfather's attic. I was so enchanted by them that I had even written a poem about them.
They've since disappeared so I just had to make a deal and buy up a lot of these coins for my work and resale. I hope to be putting them up in my online shop soon. I'll be selling them for $1 a piece. If you have any interest in them now, let me know.
( and I'll include some in my 200th post giveaway which is just around the corner so stay tuned!
Some of my other finds at the gem show were some lampwork supplies. I got a button mandrel to try out  along with some puffy mandrels for hollow beads. I picked up a dapping set at  the Beaducation booth along with a steel bench block.

I wanted to find some briolettes for making earrings and was happy to find some smaller strands so that I could get and assortment. 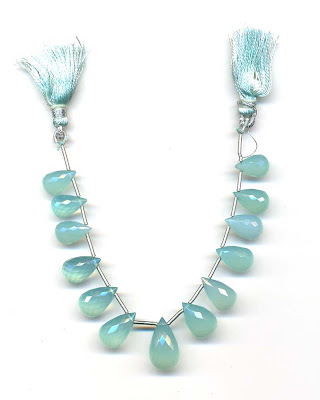 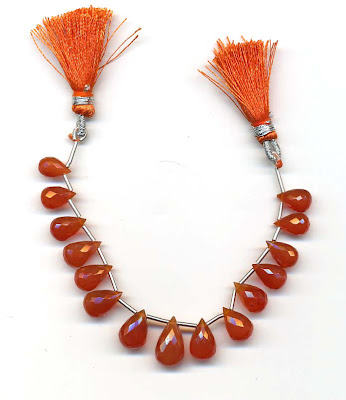 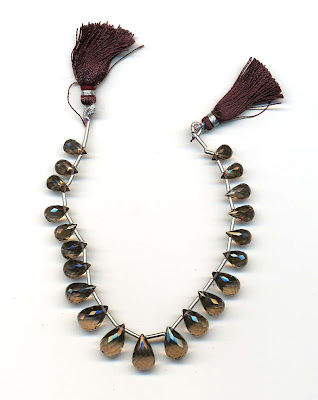 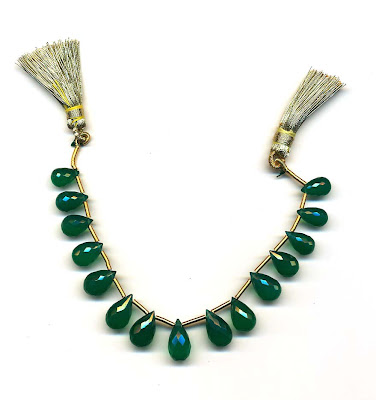 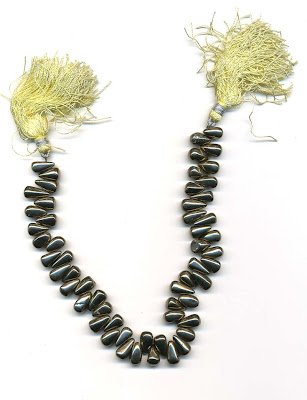 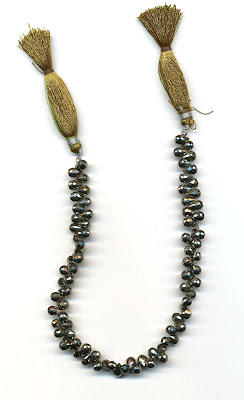 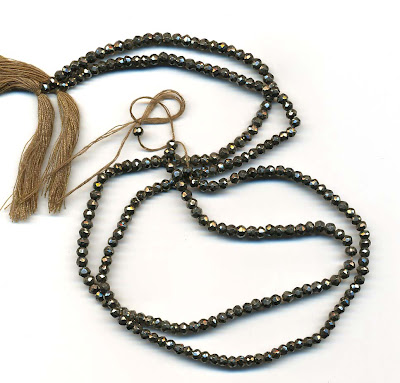 I really was attracted to the pyrite strands I found, both faceted and teardrop shaped.
And I was happy to find these charms and components that were made up of brass copper and pewter which will go with the more shabby silk pieces I've been designing. 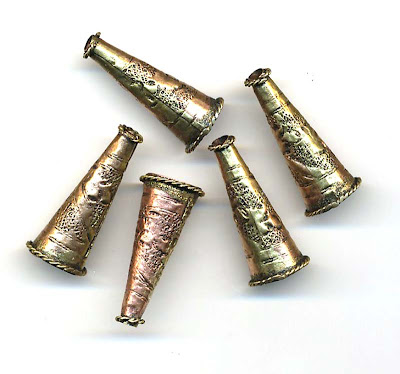 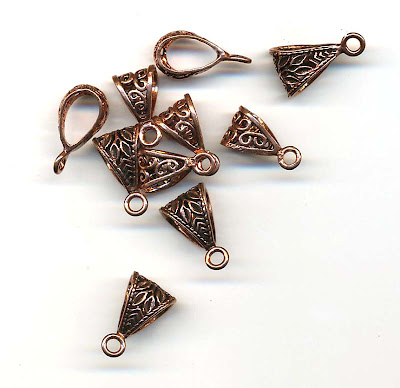 I thought these copper bails were attractive and affordable 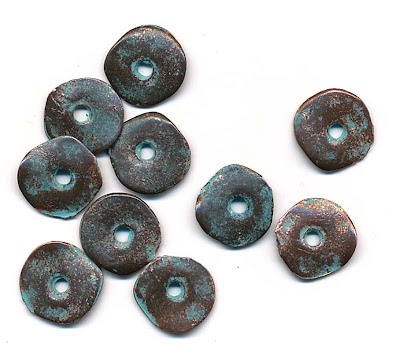 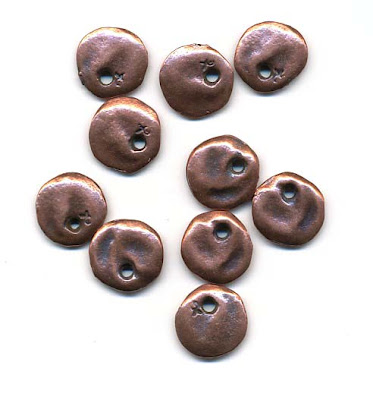 And copper... must be why I picked a copper mining town to live in. 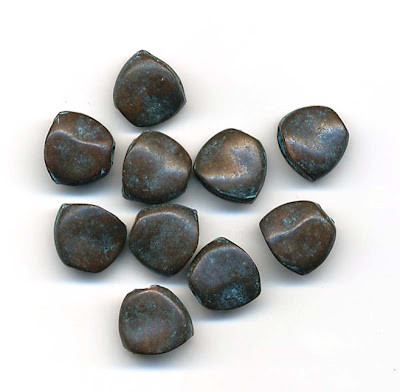 These are end caps too with a flared hole at one end. 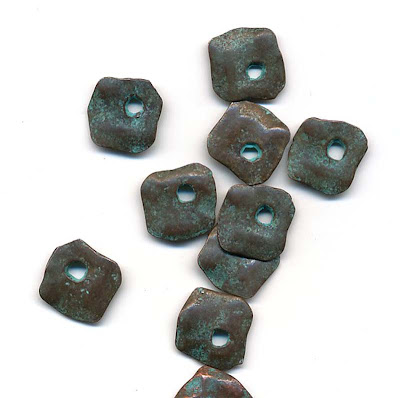 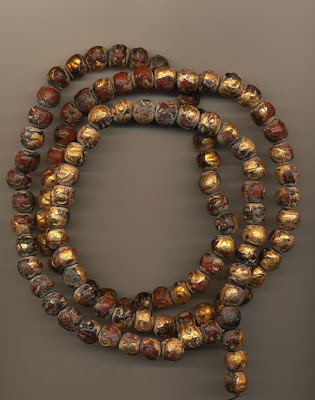 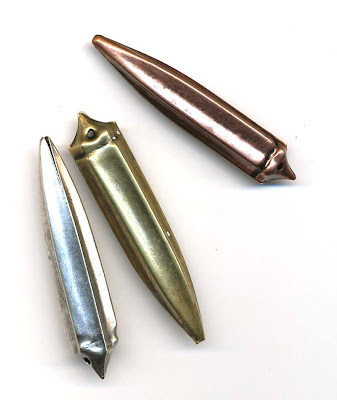 I loved these okra shaped charms, they are hollow and measure almost 3 inches
(7 cm)
Posted by Numinosity at 12:19 PM